The recent pump of the Bitcoin SV (BSV) price comes as a reminder of the importance of the Chinese investors in the cryptoverse, even if crypto exchanges are banned in the country with population of more than 1.38 billion people.

According to Dovey Wan, a founding partner of California-based investment company Primitive Ventures, the pump started around the same time as fake news began circulating in China, claiming that Craig Wright, one of the main supporters of BSV, proved that he's the creator of Bitcoin, Satoshi Nakamoto, while major exchange Binance will list BSV again.

Craig Wright is often dubbed Faketoshi due to his claim that he is Satoshi Nakamoto and general lack of any sort of proof. Binance delisted BSV in April 2019.The claims were debunked by Binance CEO, Changpeng Zhao himself. "I got pinged 20 times today, clarifying it is fake," he tweeted.

Earlier in May, BSV also jumped sharply after Craig Wright said he filed registrations with the U.S. Copyright Office and has been granted U.S. copyright registrations yesterday for the original Bitcoin white paper and Bitcoin code. However, this type of registration does not indicate ownership or official patent.

Meanwhile, according to Wan, "completely fake news" were "real enough" to trick many Chinese retail investors.

Seems someone did it purposely just around the same time BSV pumped just an hour ago. 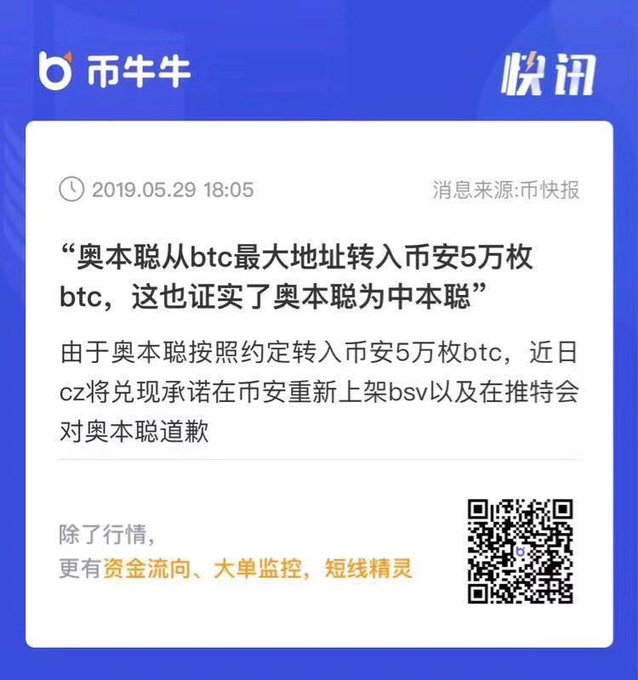 The trick is easy and constantly used by many scams - all chinese crypto media circulate the breaking news via picture as above in wechat, instead of news link. So anybody can just use the same theme template and photoshop one

"Chinese retail is the best herd ever," she added.

Due to the crypto exchange ban, local investors are using VPNs (virtual private networks) that help bypass restrictions, while the over-the-counter (OTC) market is another popular option.

"There are thousands of telegram [a messaging app] users on the Chinese channels of most exchanges as an example," a Reddit user claiming to be from China said.

At pixel time, Asia-based exchanges such us Upbit, OKEx and Huobi are responsible for 48% of the BSV trading volume in the past 24 hours (USD 1,9 billion in total, or almost 10% of the bitcoin trading volume).

Also, as reported, Chinese crypto investors might prompt another "epic bull market" in case of a sudden and sharp yuan depreciation.

“Chinese asset holders are not stupid. They see the writing on the wall, and as the CNY has recently crept higher towards the magical 7.00 [yuan per U.S. dollar], Bitcoin exited the doldrums and more than doubled,” according to Arthur Hayes, co-founder & CEO of cryptocurrency trading platform BitMEX.

Back in Beijing for a few days. My Chinese friends are furiously #stackingsats, the number of people who truly think in terms of Bitcoin and not fiat is growing here bigtime.

38 people are talking about this 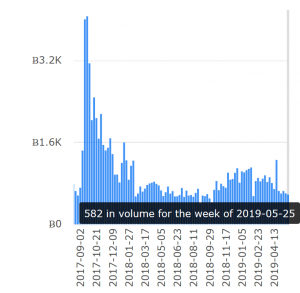 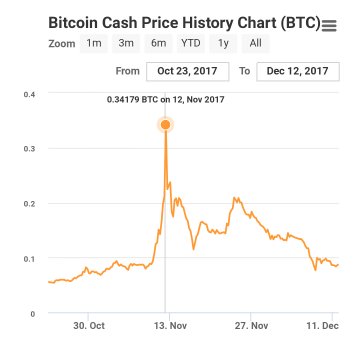 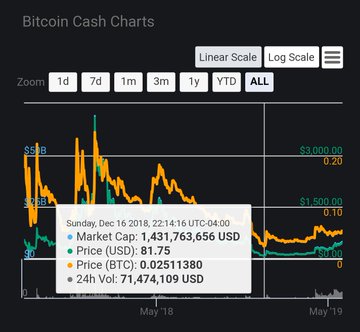 Remember when #bcash pumped to 0.35 BTC? .... No? Nov 12th, 2017. Remember what happened after that? That's right.. it lost over 90% of its value to #bitcoin. Fraudsters took YOUR Bitcoin. This same coordinated scam is now being executed with $BSV.

Wake the fuck up!

The @binance delisting of BSV has certainly made it easier to manipulate.

41 people are talking about this

For most retail investors, which ever coin can pump is a good coin, the consensus comes from the pumpability and fomomentality not fundamental beliefs

?? means artificially pump the price (usually from the founding team or foundation itsef)

that’s why EOS is very popular among Chinese investors as ppl believe with $3B cash in head, no one can pump the price better than EOS (the RAM purchase done by BM is a good example)